You are here: Home / Archives for Behrens Ranch real estate 2009

The entrance to Behrens Ranch is quintessentially Texas: a windmill surrounded by limestone, trails and little shrubs and trees. This entrance is a perennial favorite of photographers, so we had to throw our own version into the ring as well:

The Behrens Ranch subdivision is located in the city of Round Rock, in Williamson County, a little Northeast of Austin. We’ve included a Google Map at the bottom of this report so you can see the major roads that provide access to this area.

This subdivision has large homes built between 2000 and 2009. The smallest homes in Behrens Ranch, according to the tax databases, is 1650 square feet, and the largest is 8092 square feet. The median home size in the Behrens Ranch subdivision is 3325 square feet (median means that half are larger and half are smaller). 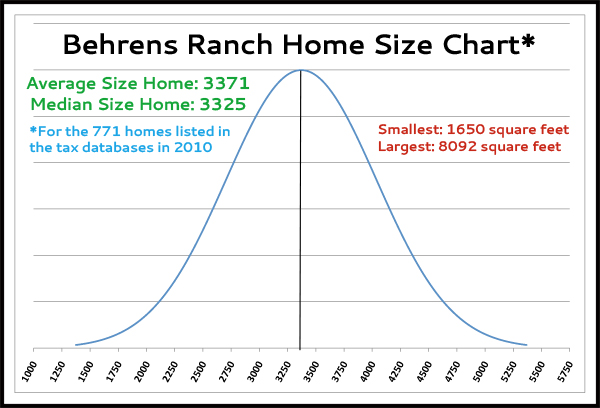 You can see from the chart that the majority of homes in Behrens Ranch are between 2500 and 4500 square feet. Although smaller and larger homes can be found, they are less likely to come up for sale because fewer of them were built.

Photographs of Homes in Behrens Ranch, Round Rock, Texas

While we were photographing this neighborhood in preparation for this report, we saw this elegant home and decided it should be rendered as an art print that emphasized the details in the stonework and the architectural lines.

And the rest of the photographs of homes in Behrens Ranch we took on this outing, to capture the styles and types of homes that you might find in the Behrens Ranch subdivision:

Behrens Ranch has many wide-open fields with natural landscaping, i.e. brush and shrubs and wiry little trees. These fields provide a buffer between areas of the subdivision as well as from adjacent roadways. 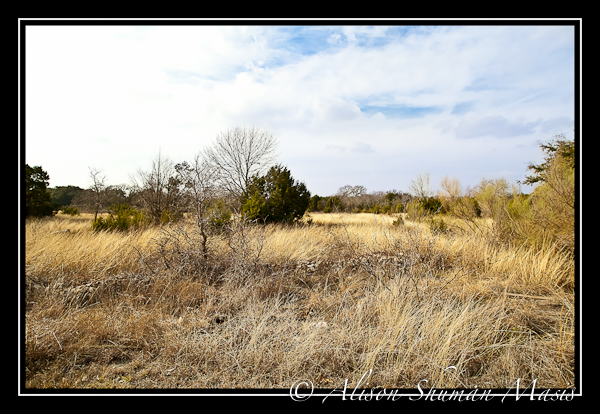 Google Map of Behrens Ranch in Round Rock, Texas