You are here: Home / Texas Real Estate Reports and Local Interest Articles / Living Near the Tracks: Does Railroad Proximity Matter?

Railroad Tracks: Contemplations on the Impact 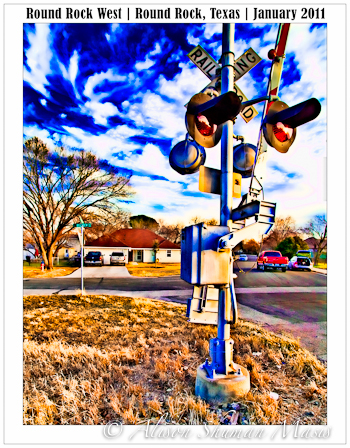 Do you have rail road tracks in close proximity to your neighborhood, or more specifically, to your home?

Would rail road tracks impact your decision on whether or not to buy a home in an area?

Pros and Cons of the Rails

We posed a similar question to the Active Rain community, a vast on-line network of real estate professionals. Responses from Realtors about their client preferences came back in two primary flavors: yes and maybe. Below, we share some observations, including our own.

Maybe: Tracks Aren’t Necessarily a Deterrent to Some Buyers

If you’d like some hard numbers on the impact of tracks to a neighborhood, you can read this article by Kevin Semanick from 2004.

All of this begs the question, of course, about how much the tracks really affect, in hard dollars, the price or valuation of homes near the tracks.

Specific information about a given home would need to come from an appraisal of the home in question.

In general, the homes in a neighborhood with nearby tracks will show market value adjustments correlating to distance from the tracks. If all of the comps for a property being appraised are comparably impacted by the tracks (for simplicity’s sake, say, all in the same town home development, all facing the station), no additional adjustment should be necessary.

For homes differently impacted, perhaps because one backs to the tracks but another is 4 blocks away, then additional scrutiny is necessary to evaluate the impact on value specifically attributable (due to) to the train tracks.

Please, tell us what YOU think!