East Austin: Small Houses and Some Big New Ones

Three years ago we wrote our first article about this area in east Austin. Since then we’ve done too many real estate appraisals in the area to even count.

Last week, we went back just to take some more photos to share in this article (first in a series) about Small Houses in Austin. 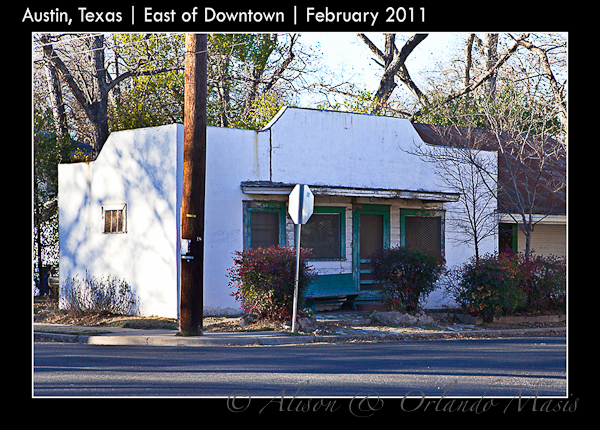 We did this weekend, for fun and soaked up a little local flavor. We’ll give you some photos and some data today, so scroll down if you don’t want to miss anything.

Just to make sure we’re all on the same page, here is an outline of the area of Austin we’re talking about (at the bottom of this page, you’ll find an interactive Google Map, so you can scroll around). 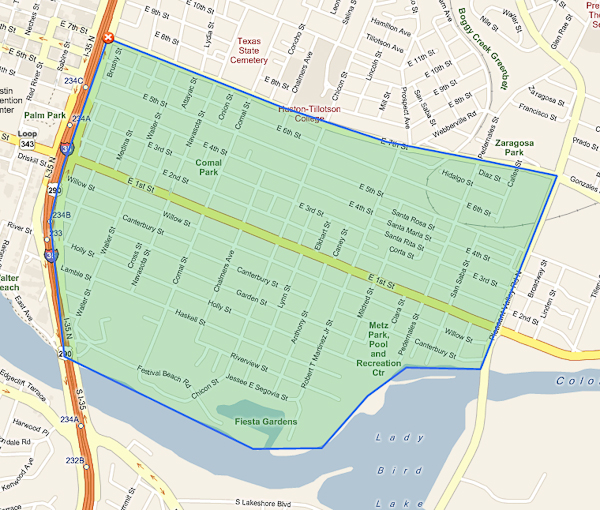 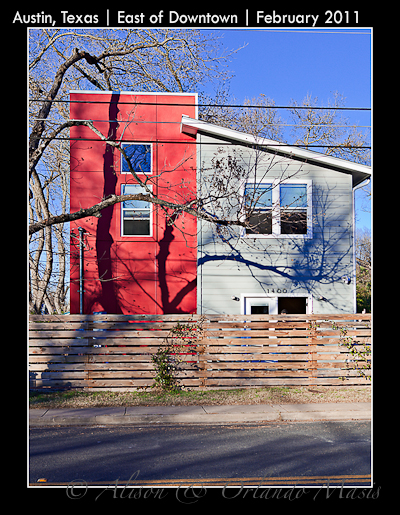 East Austin is East of I-35. The photos we’ll share with you today are of the area just East of downtown, turn on 7th and go south wherever possible, and wind around the blocks. Lots are small, and the streets are narrow and packed with parked cars.

Homes in this area range from tiny tiny tiny, as in 500 square feet of tiny all the way up to big a modern boxes. Many are very vintage, with peeling paint, falling-down fences and sagging front porches. Others are very spiffed up and we saw quite a few in various stages of rehabilitation. Every once in a while you’ll see several tall, new homes in a row, as if someone bought a triple lot and built them as big as possible.

On those lots, I always wonder what used to be there, and if anyone in the neighborhood, or the city, or the area, took photos to document the past for the future. That is part of what drives us to go out and shoot the town, since it is different every single time we go out.

By the time houses in this area turn over, they frequently need major work. Many, though, just keep on developing more character, like the one in the first photo.

If you’re thinking – why THAT photo? You’re not alone. Why? Because although this seems like a common sight across America, it’s becoming rarer. When homes degrade to this point, they frequently get torn down and replaced, instead of rehabilitated. When that happens, we lose some of our local flavor, some local history, and deep local stories like one told to me by a passer-by who noticed the camera.

Imagine how many long conversations happened on this front porch! Soda in small glass bottles! 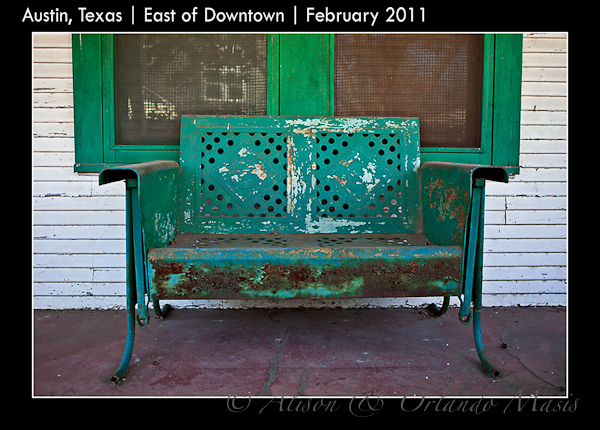 How many will we miss as we zip by, heads down, looking at our phones?

What is it Worth?

What do YOU see?

Photos of Homes in East Austin, South of 7th

(Note: these are not necessarily homes for sale, although some of them may be, or might have been when these photos were taken.)

Boiling those numbers for East Austin homes down into averages or medians really doesn’t give a good idea of the area at all, does it?

Particularly not when some of the houses are old, and some look like this: 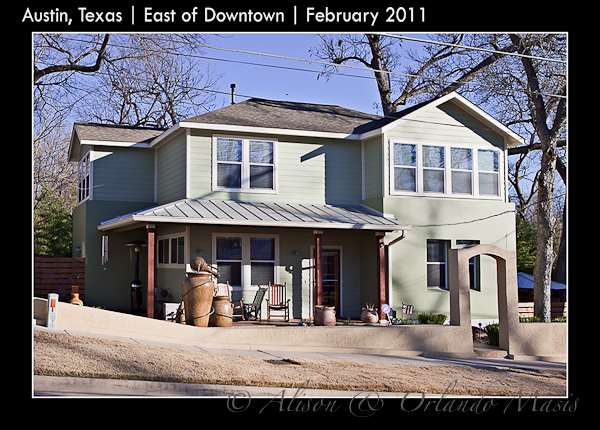 A Look Back: 2005 Real Estate Sales for East Austin, South of 7th

What is in a Door?

I am a door freak. Total freak. LOVE them. The doors in East Austin certainly don’t disappoint.

If our eyes are the windows into our souls, then what are doors?

Check out the doors in this photo gallery – such incredible range of age, condition, color, character. If only the sun hadn’t been going down so fast, we would have had a hundred more. But then, Orlando probably would have made me walk home, because he’s keen for about 20, probably because he’s photographed thousands already, but not, I protest, like these.