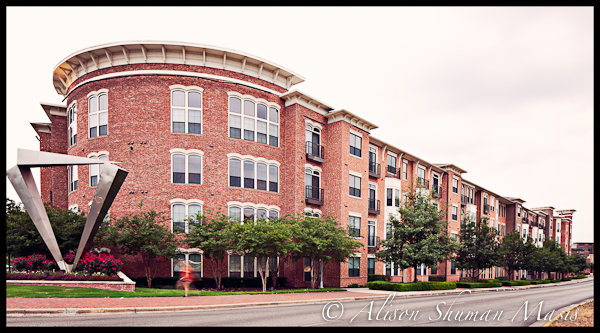 We visited the Triangle in Austin late on an overcast April day, drawn by the Wednesday Farmer’s Market and the opportunity to walk around a gawk a bit at the marvelous selection of shops, eateries and nicely landscaped areas.

The Austin Triangle is located south of the intersection of Lamar and Guadalupe, north of the UT campus, bounded on the south by West 45th Street. 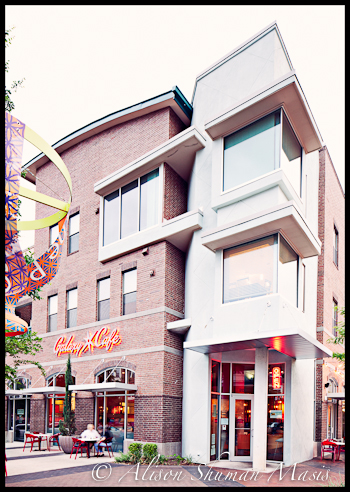 The Austin Triangle was boldly designed to attract urbanites interested in a lifestyle where you can work, play and live in close proximity – much like you might find in older urban city centers where you can walk out of your apartment for dinner at a nice cafe or stroll around the sidewalk-bordered park after a long day of work.

Over 500 apartments define the edges of the community, lining the sidewalks along Lamar and Guadalupe. The apartments are part of the 22-acre mixed-use community that has space for 120,000 square feet of retail shops, commercial space and of course, lots of restaurants.

Architecturally, the Austin Triangle buildings are reminiscent of the Mueller Airport Re-Development Area, another mixed-use development that emphasizes the work-live concept albeit in a more spread-out way.

According to the Triangle Residences Website, prices to rent an apartment range from about $1220 for a 650-ish square foot one-bedroom all the way up to $2375 for about 1350 square feet containing 3 bedrooms. 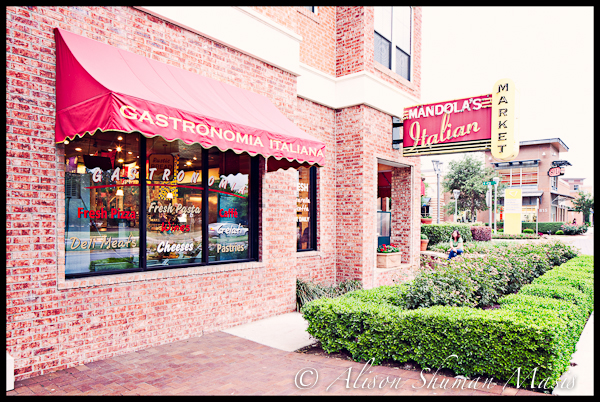 We live in NW Austin, land of the sprawling suburbs. We have a golf course and a few parks within walking distance, but sometimes we want more and different things to do – something that reminds us of why we live in Austin!

Before heading home, we load up on free-range, locally-produced beef or pork, fresh produce like beets and tomatoes, and maybe an armload of flowers or a few pots of herbs for the garden. My parents dragged us to a Farmer’s Market when I was little, and I want my own kids to “get” the difference between the mass-produced, low-flavor vegetables in the stores and what you get when you buy locally grown food that may have only been out of the dirt since early that morning.

If we didn’t have 5 kids and work out of our home, we’d love to live in a place like the Austin Triangle. Years living in Brooklyn, NY hammered in the benefits of being able to walk a block and grab a sandwich or the newspaper and some flowers, plus light fare for dinner later on.

For now, though, we’ll visit during the week and taste just a little bit of the urban lifestyle enjoyed by the Austinites living this bold and beautiful life. 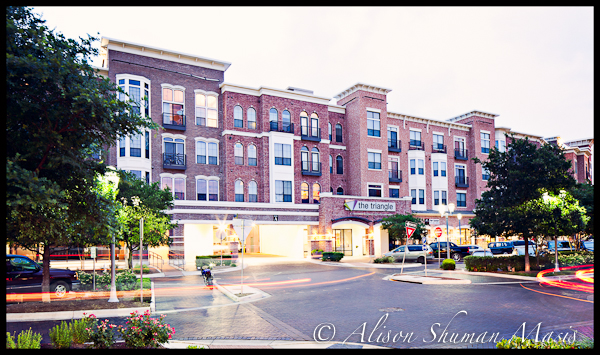