You are here: Home / Texas Real Estate Reports and Local Interest Articles / Austin Metal: You Can Make What You Can Imagine

Austin Metal Companies Can Fabricate Stuff For Your Crazy Project

Have you ever wanted to do something really cool but couldn’t find the right metal thingy at Home Depot or Lowe’s?

Maybe something for your yard, like some yard art for an Austin classic funky landscaping twist, or maybe a neat cut-metal sign with the numbers of your house that isn’t just like all of the others on the street? 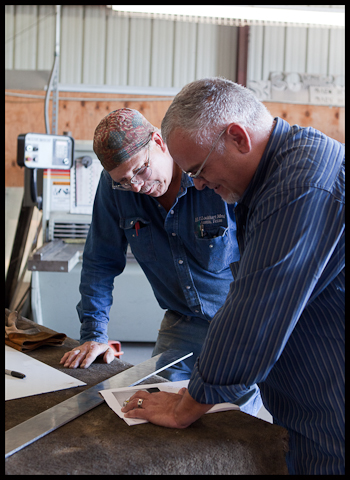 If you’ve tried to cut sheet metal yourself, maybe you got a nice smooth cut.

Maybe, though, you got a ratty-tatty raggedy edge that snagged on your hands and clothes and just didn’t look very artistic or professional?

Yeah – you know – those tin snips didn’t work as well as you thought, did they?

I have a whole pile of copper toe kicks on the garage floor because I thought they would be cool under the kitchen cabinets. Five, yes 5, years later, I haven’t figured out how to cut them to the right size without messing them up, so they’re still developing their patina as they sit collecting dust and cobwebs.

Some things are better left to a pro.

Get Your Metal Cut by an Austin Metal Pro

Orlando has a project.

He’s going to make a steady-cam for shooting video, because the ready-made ones are seriously expensive. He’s been watching YouTube videos, drawing out plans and having a blast.

We’ve been making most of our real estate appraisal videos in our home studio, but it would be better if we could shoot some in the field without too much camera shake.

The main part of his project is a curved piece of metal that he’s having cut by H.J. Lockhart Metal Service on Hydro Drive in Austin. H.J Lockhart is a custom metal fabricator – they have the machines to cut, bend, punch and do all sorts of stuff to metal sheets, bars, rods and so on.

We dropped the plans off on Thursday and will pick up the pieces on Monday.

This round may end up just being a prototype for the one that actually works, but hey, we’ve had a blast since we realized we could find some of the parts ready-made and have the rest cut by a local metal fabricator here in Austin.

Photos from the Austin Metal Shop We Visited This Week 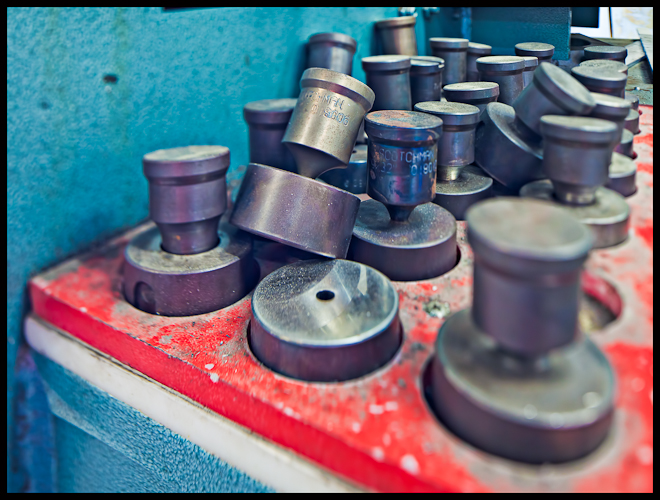 (photos shots with either a Canon 24-70mmL or the Canon TS-E 24mmL Tilt + Shift on a 5D Mark II, so yes, the blurry parts are intentional!)