A quick real estate market data update for the city of Austin, Texas for the last two 9 month periods:

Also on a good note for all Austinites:

A quick real estate market data update for the Milwood subdivision in Austin, Texas for the last 3 months:

For the 41 homes that have sold:

For the 80 homes for sale in Milwood:

Map of Milwood in Austin, TX

A quick real estate market data update for the Hollows subdivision in Jonestown, Texas for the last 12 months:

For the 3 homes that have sold:

For the 7 homes for sale in The Hollows:

Map of The Hollows in Jonestown, TX

Appraisal IQ should be Your Caldwell County Texas Appraiser

Note: we are NOT the Caldwell County Appraisal District. We are a small, family-run business that prepares independent real estate appraisals for residential property.

We use the Mercury Network Appraisal Vendor Management Platform (the alternative to an AMC) to stay compliant with the many regulations of the appraisal industry. If you are a Lender, sign up today and add Orlando Masis (Appraisal IQ) to your appraisal panel. If you’re not a lender, you can order directly from us!

If you visit Lockhart, or even come close to driving through Caldwell County, you’d be missing out big time if you didn’t stop at one of the famous local BBQ joints in Lockhart, such as Black’s on North Main Street, just a little ways off the downtown square. 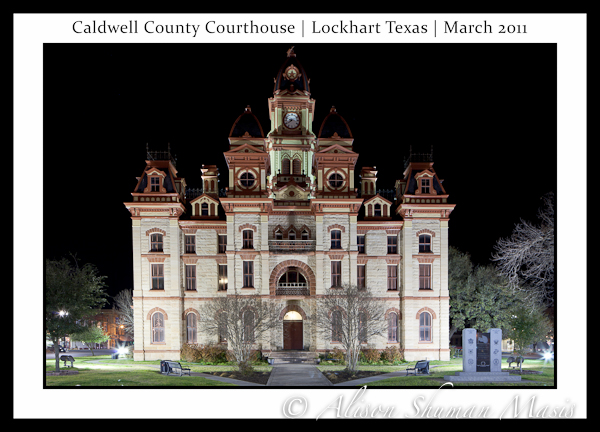 If you think your Caldwell County property taxes are too high, you can protest them. You’ll need to be prepared with real datat about recent homes sales in your area, and we can help you with that by performing a market value appraisal on your property. Call (512) 541-2107 to schedule you appointment, and read 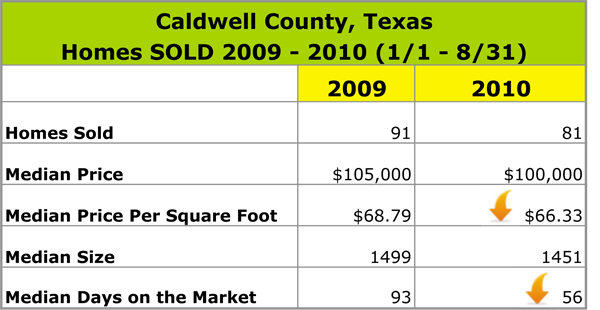 The best news I see the the Real Estate Sales Data for Caldwell County is that the median Days on the Market (DOM) is down a LOT from 2009 to 2010 – dropping from 93 to 56, or almost 5 weeks. The drop you see in median home price is partially accounted for by the corresponding drop in the size of the median home that sold. A median value is the one where half are higher and half are lower, if you lined them all up from lowest to highest. An average is when you add them all up then divide by the number of items. Average values are more easily skewed by unusual data points than medians are.

Read our Real Estate Market Area Reports for individual areas and subdivisions in the counties we serve.

Who Can Order a Caldwell County Appraisal?

Anyone can! If you’re not sure what type of appraisal you need for your property in Caldwell County, just call us at (512) 541-2107 and explain what you are trying to do so that we can figure out the appraisal product that meets your needs.